I’ve implemented the basic mechanics in Cat Cafe.
It’s basically like whack-a-mole and a matching game at the same time. Cats pop up and you drag the correct drink over to them.

Now I just need to work on the scoring system, frenzy mode, menus, upgrades and achievements, and hopefully I’ll have a fun game when that’s all done.

Development’s going swiftly so far, but I haven’t had anyone test it yet, and I’ve only tested it on one type of phone, so there’s obviously going to be a lot of extra work when it gets to that point. But so far so good! 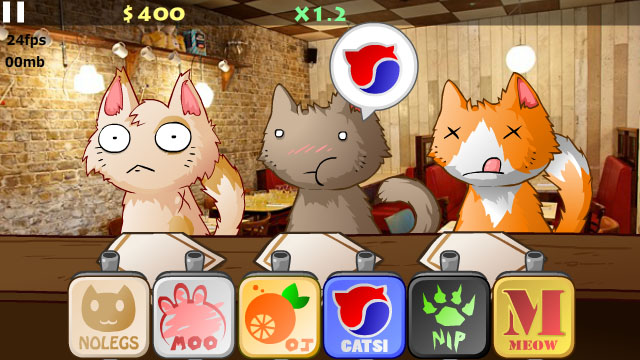