Had a lazy week last week while waiting on the whole Greenlight thing. Went on two road trips to the seaside.

First one me and Ronja drove to the beach in the seaside towns of Troon and Ayr. I’ve been driving a few years now but haven’t really went far from home yet, so I’m starting to explore more. Most of Scotland’s population is concentrated around Glasgow and Edinburgh and sometimes I forget that there’s a lot more to Scotland than those cities, so there’s a lot for me to see still.

We got to Ayr a bit late and the beaches were crazy crowded, so we retreated to a cool underground pub called the Smoking Goat and had the whole place to ourselves. The basements of old buildings look very dungeon-like. <3 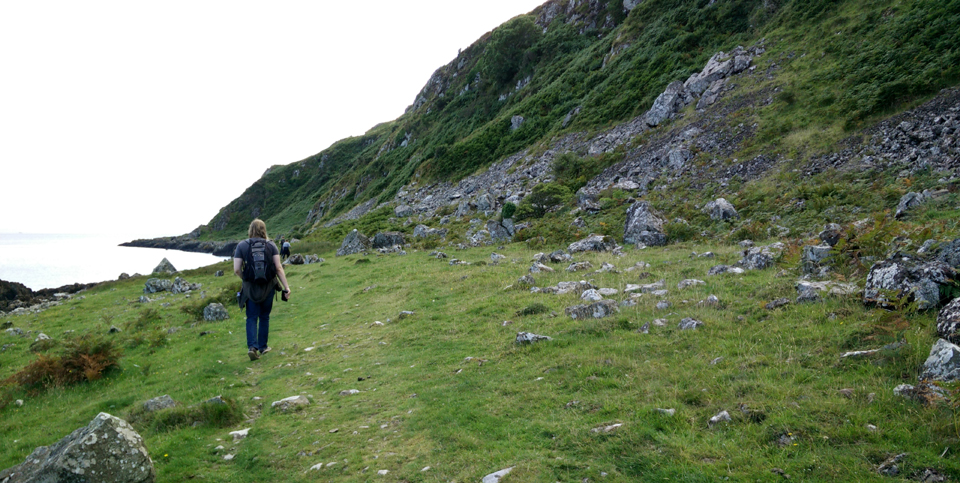 A few days later we headed out to the the island of Arran with my brother, his girlfriend, and a family friend from Poland. We didn’t plan things too well and the ferry to the island was all booked up for cars. We drove a little bit further and took a ferry to the island of Bute instead. The weather changed a lot through the day, from rainy to super sunny to rainy again. As it does in Scotland.

We stopped at a few beaches for picnics, and hiked along the seaside a bit and saw some cool cliffs. There was this fancy mansion with huge gardens that was a popular tourist destination – but entry was too expensive for the group’s tastes. I kind of want to go back there someday though.

The final and ultimate attraction was the seals! There was a rocky beach where about 12 seals were chilling out. The way seals move is hilarious – they just bounce around. Unfortunately Ronja didn’t get to see them cause she couldn’t make the steep climb down to the beach. ):

Also last night there was a power cut in our town. Looks like almost the whole town was out for an hour. I’ve never seen such a big power cut before – In my previous home it was usually only one street that got affected by these things. It was really spooky!

Me and Ronja went out onto a bridge over the motorway to see how far the darkness stretched. It was a lot of fun – seeing real darkness is rare in urban life.