Hey guys, here’s my summary of important life events in 2018. Here we go…

• Scotland had the snowiest winter in about a decade. I was stranded at my parents’ house and built a huge snow fortress with my mum.

• Me and Ronja visited London for the EGX Rezzed expo, collected stickers, caught up with developer friends, and met a lot of new ones. The Imperial War and Modern Art museums were also cool. London’s so big that we can see new stuff every time we visit.

• Phyrnna visited Scotland, and we did a bunch of sight-seeing together, including a tour of the Tennent’s brewery. This was actually the first time we’ve met, and I think it went very well.

• I worked really hard on EBF5. At the start of the year, I was still working on dialogue and map objects, and the game was roughly 80% finished. The last 10% definitely took a long time, and I was getting very bored of working on it by now.

• I did arts classes in ceramics, mosaics and fused glass, with my mum and my brother. It was fun to do some creative stuff that wasn’t work, and to meet regular people who are just trying out new hobbies. I’m most proud of the glass cats I made.

• My first Dungeons and Dragons campaign concluded. My character Salazar Ratkin started a cult, created a race of rat-men, and eventually became their God. It was good fun but not something I’d like to do regularly, as it’s very time consuming.

• Me and Ronja’s house-hunt continued, and we were gradually looking at and bidding on nicer ones than when we started. It was a tough market for buyers.

• Dealing with solicitors, mortgages, and home-sellers caused a lot of stress. Everyone points fingers and blames someone else for delays. Paperwork sucks. Had to change solicitors because the first one seemed dishonest.

• But I finally bought a big comfy house in the Summer!

• Did a thorough cleaning of our old flat, and I gained a lot of experience there. I did a really good job on the oven.

• Me and Ronja exhibited EBF5 at the Play Expo in Glasgow. We got a free table, I prepared a simple battle demo, printed off some posters and cards, and brought my computer. It was a great experience and we met a huge variety of people – old and young. The game never crashed once!

• Scotland had the warmest summer in about a decade, with record-breaking temperatures. It was quite nice.

• We spent a lot of the summer working on the garden. Landscaping, extending the driveway, planting stuff, looking for new furniture, collecting tools, etc. Friends and family came over to help out. Using a pick-axe is a lot of fun, and a good workout.

• Lots of car problems this year. My break pipes, wheels, and car frame are all rusting away into oblivion. She’ll be an adult soon.

• Me and Ronja painted the attic. The low, cramped ceiling made it a challenge, but it looks much better now.

• My Patreon, Discord and YouTube all grew a lot this year. I’ve been having fun with these platforms, but managing so many people can be tricky, especially on Discord!

• In terms of news, everyone’s still talking about Trump and Brexit, and fun is being removed from the internet, with the EU banning memes, and content platforms discouraging anything that’s not safe for advertisers. Newgrounds is starting to make a comeback though.

• I sorted all of my Lego and have a big cupboard for it. I made a lot of pixel-art mosaics and other stuff.

• We lived quite cheaply this year, mostly just spending money on new furniture. I didn’t play much games, read less than last year, and watched very little TV. I’ll try to make room for more leisure time next year. This whole year was mostly focused on work and moving.

• My diet’s still improving, I’m eating very few snacks, and I’m gradually learning to make new types of food. Considering how long I spend in front of a desk, I’m quite happy with my health. Unhealthy days are now an occasional treat, as they should be.

• We decorated heavily for Halloween, with a lot of pumpkin carving. Almost 50 kids showed up at our house. Had a Halloween party two days later, with lots of pumpkin cooking.

• Bonfire night was also great, with many nearby households putting on huge firework shows – sometimes without much safety considerations.

• Tried out bingo, slot machines, and arcades for the first time, during a friend’s birthday night out. I can definitely see the appeal of gambling (for fun).

• I spent months on debugging and balancing EBF5, and set myself a 3-year deadline to finish it. Adding totally new languages was quite exciting, and while we did translations much more efficiently than on previous games, it was still a huge task. The weeks leading up to the launch were some of the most stressful in my life. Ronja helped out a lot with testing and customer support.

• The launch of EBF5 was incredibly successful. Most of the major bugs were fixed over the first two weeks, and the game sold well for the entire month of December. It’s already paid off its development costs. Success comes with responsibilities though, and it looks like I’ll be making updates, doing paperwork, and dealing with customers for a long time before I can completely relax.

• I don’t binge drink often, but this year I’ve had some of my heaviest drinking sessions ever. Being an independent adult gives you the freedom to drink til 5am, and hangover days are actually quite nice when you’re self employed and have no schedule.

• I got PS VR and spent much of the Christmas holidays trying it out with my family. Everyone likes it so far, and even my ancient dad is addicted to Astro Bot (great game btw). Ronja’s mum visited from Finland, and we feasted for 5 days straight.

I guess that about sums it up. My hope for 2019 is simply to work less, and to use the internet less. The rest of life is much more wholesome. 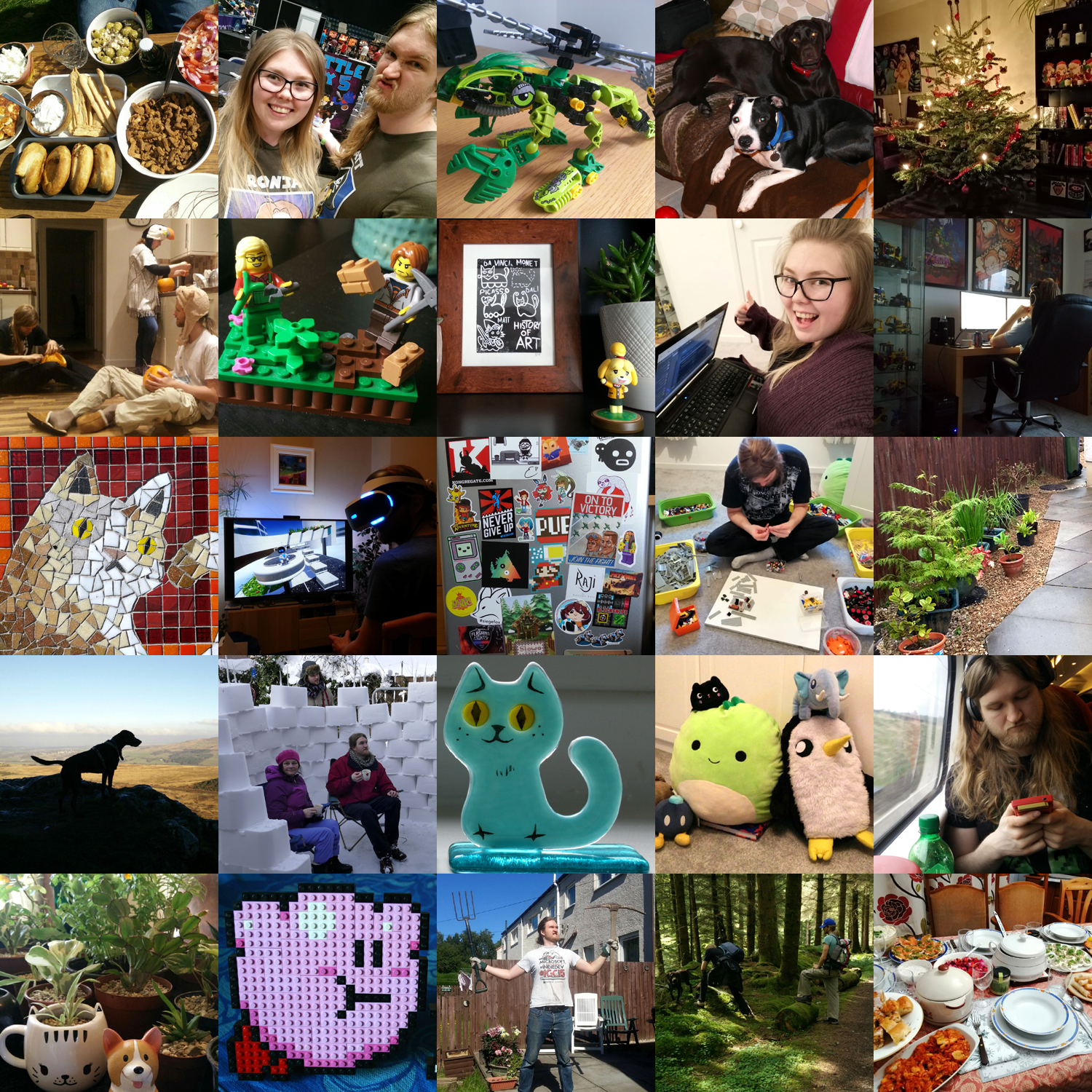 Here’s some fanart from Candor-Shade. 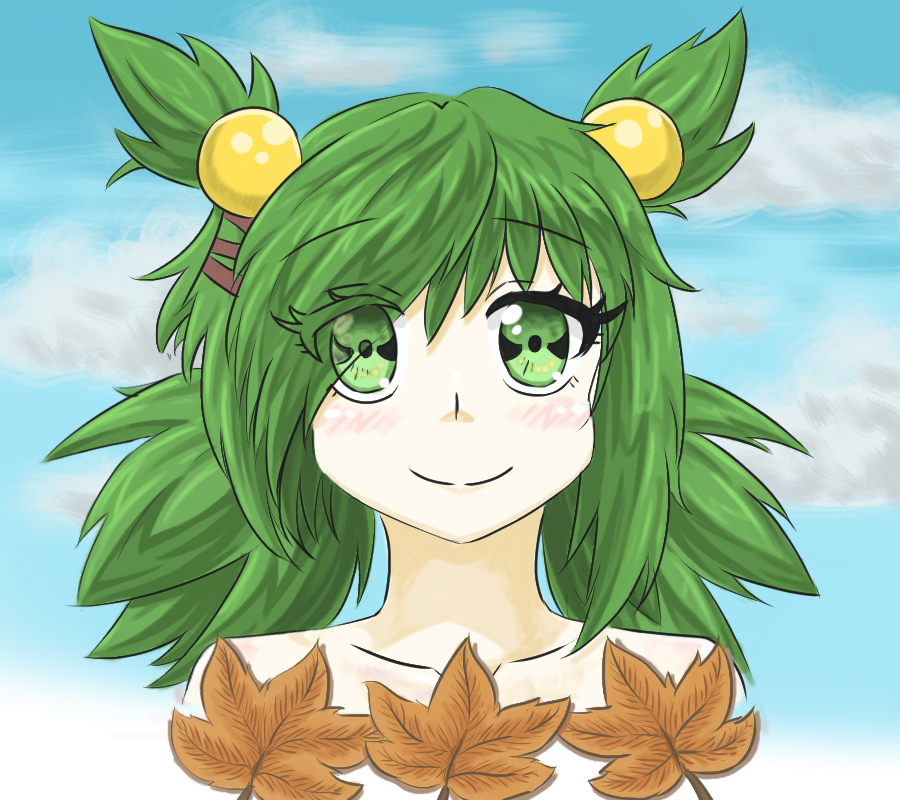 Here’s some fanart from MikalaMouse. 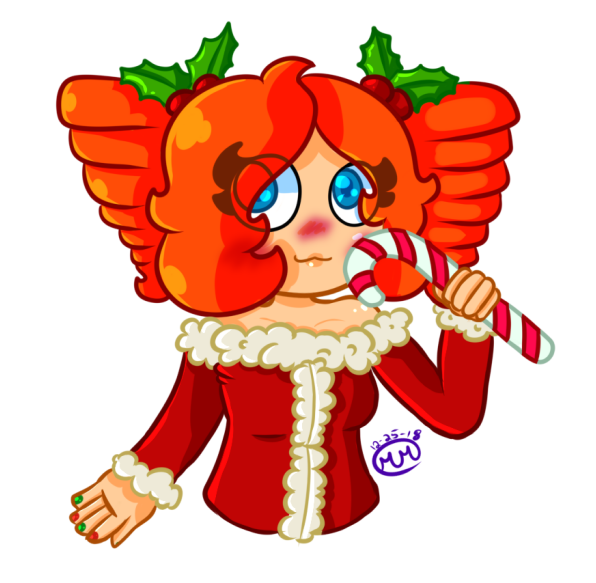 Here’s some Christmas fanart from 만화과학자(만과) in Korea!
Get off your computer and go do holiday things. 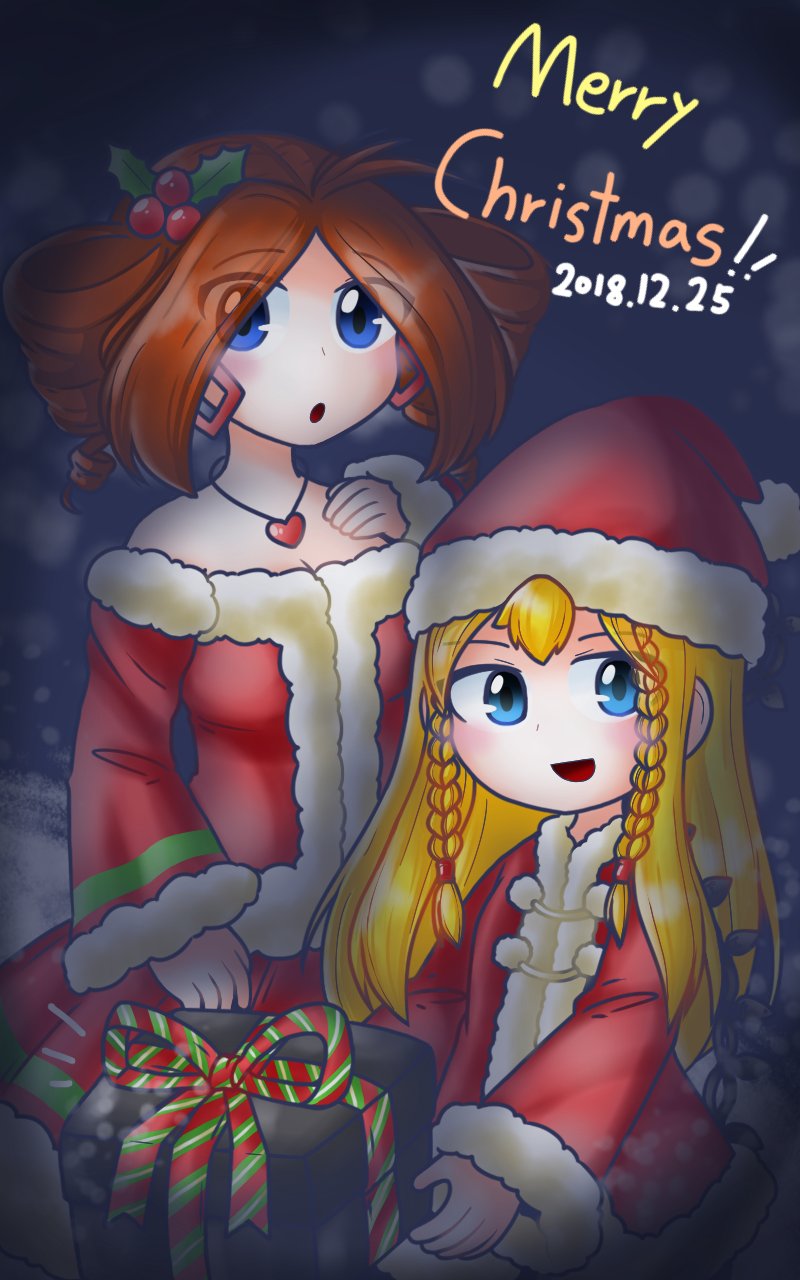 I’ve emailed out 10 Steam keys for EBF5, and the competition is now over.
Enjoy your Holidays, everyone!

Here’s some fanart from Ghostserexi, and the winning comments:

Merry Christmas and Happy New Year, Matt, Ronja and Phyrnna.
I hope you will have wonderful holidays without worrying about work.
My first Christmas as a dad is fast approaching!
I have never played an EBF game, so hey, maybe this’ll be my first?
i love that game than my life
My girlfriend leaves me but I got EBF5 so it’s OK
Plz show Natalie Bobs and vagene.
Sorry for all the spam you’re reading through.
Im currently stuck in a car, please give the key
i like sponge 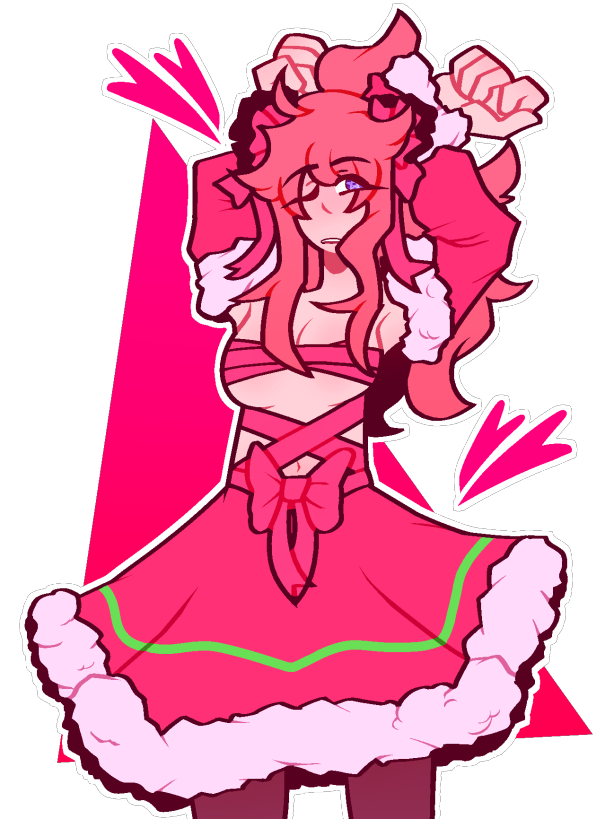