Hey guys, it’s time to begin translating Epic Battle Fantasy 5, and it’s gonna be a huge project!
I think the total word count is over 50,000 words, so it’s the size of a small novel.

This is purely volunteer work, as I couldn’t pay enough to translate that many words, but you’ll get a few copies of EBF5 out of it.

What I’ve done in the past is have 1 or 2 people translating for each language, and another 2 or 3 proofreading it and making suggestions. We’ll be working on this over October and November – hopefully 2 months is enough time.

New languages:
• Polish
• Russian
• Simplified Chinese (feel free to make an argument for Traditional Chinese)
• Vietnamese
• Maybe Japanese (not sure if I can find enough volunteers for this one)

I don’t know much about these new languages yet, so feel free to give me a quick intro about dialects and other problems that we might run into.

If you want to help out, shoot me an email at kupo707@hotmail.com.
Stuff you should include in your message are:
• What language and dialect you want to do.
• Whether you’d like to translate (more work) or just proof read.
• Link me to some paragraphs you’ve written in English (a blog or something), so I know you’re fluent in English.
• Let me know how much free time you have, especially if I may need to replace you later.

Stuff you’ll need:
• A Google account for using Google Docs. (We might need to find an alternative platform for Chinese..?)
• You’ll have to be quite familiar with my games, the characters, and the style of humour.
• It’s best if you’ve played a few hours of the EBF5 beta.
• For legal purposes, you’ll have to agree that your translation can be used in every release of EBF5, and possibly in future games, indefinitely, and that you own no part of EBF.

I’ll start preparing the translation notes and I’ll get back to you soon. Translators who have worked on the previous games will get priority.

Also if you’ve played an EBF4 or BH2 translation before, now’s your chance to give feedback on how we can do a better job this time! Common criticisms in the past were about dialects, and translations being too literal sometimes. It’s also possible I may consider more languages in a future update, so suggestions are still welcome.

Hey guys, here’s some info about the Steam release…

Epic Battle Fantasy 5 will cost $15 on Steam. The release date is “Late 2018”. The soundtrack will be sold separately, probably for $5. It’s DLC, so you can’t buy it on Steam without the game, but you can get it directly from Phyrnna for a little more.

Everyone who owns EBF4 on Steam will get a 20% discount coupon for EBF5. I think Valve sets this up so that coupons are sent out just after launch. This works better for me than a launch discount, because it lets me notify 200,000 Steam users at once. Should make for a decent marketting campaign to get the ball rolling.

Once the coupons expire after a month, I’ll release a Steam bundle of EBF4, EBF5, and Bullet Heaven 2. This bundle gives you 20% off if you “complete the set”. If you only own EBF4, for example, you can buy the other 2 games together for 20% off. This will be a permanent deal going forward, and it works in conjunction with other discounts. It’s basically a scam to make people buy BH2.

Patrons who have given me at least $15 will get Steam keys a few days before official release, so they can double check that everything is working correctly.

The free web version will be released once I’ve had a break from the Steam release. But the beta will most likely stay up on this website until then anyway. Saves between all versions will be compatible, and easily transferable with the save backup feature. Saves from the beta may have a few minor problems – such as permanently missing an equip or two if you save in the wrong place.

Hey guys, the EBF5 public beta is back with version 0.7!
I didn’t advertise the earlier versions much, because I didn’t want everyone to play it at once. But I guess I can open the flood gates now. Oh, and your old saved games should be compatible. Just import a save backup file from an earlier version.

There’s not much left to do, only a few bugs and maybe a few balancing tweaks.
I’ll probably be asking for translators in a few days, so stay tuned! If you translated some of my previous games, I’ll email you a bit in advance.

And look, you can do double and triple critical hits now!
This is currently a bit of a secret feature, and isn’t documented in the game. 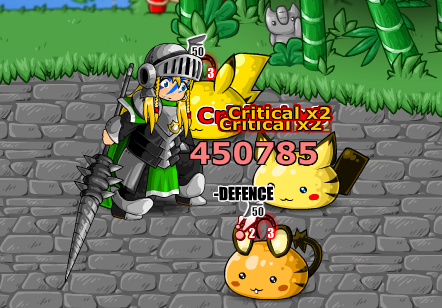 Here’s some more fanart from MikalaMouse.
Time to fix some more bugs today. 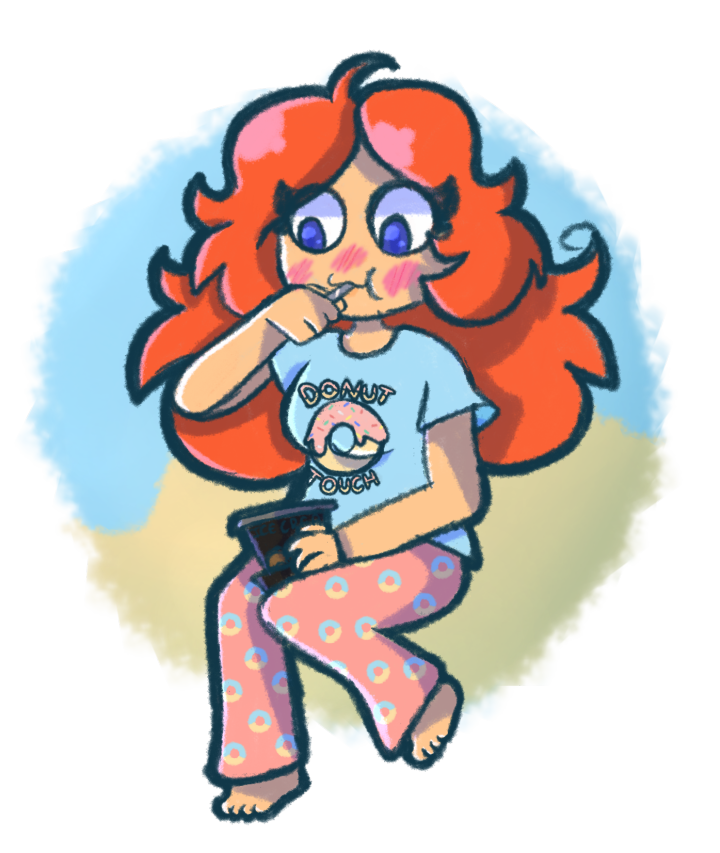 Here’s some fanart by KTSRyoto.

I was on edge yesterday because, as usual, I can’t keep everyone happy. There’s always people telling me I’m recycling too much of my work, and others who are complaining about every little thing I do differently. I’m used to it, but I need to complain every once in a while. I guess the reaction is just a little stronger when I trample on someone’s waifu.

To clarify, 7th Heaven will have different skins for Natalie’s outfits. Not sure if every single one will have a unique skin, but we’ll see how far we get. Also the PJs are for when Cleavage is disabled in the options. The player reactions have also been added back. 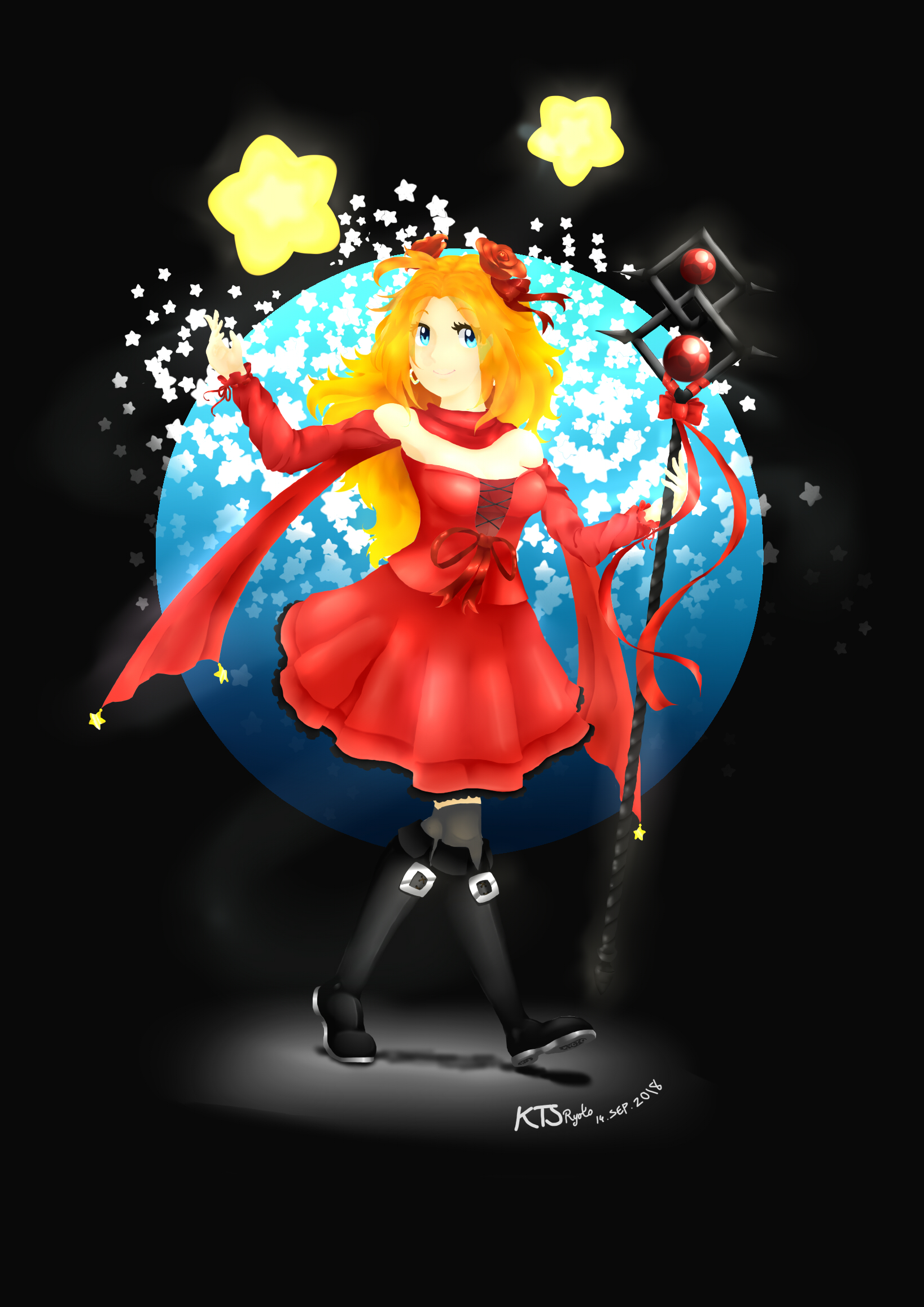