While getting Epic Battle Fantasy 3 ready for its Steam release, I’ve been looking at other free single-player indie games to see what’s on there.

So here’s my favourite free games I’ve found on Steam so far, in no particular order. They’ve all got really good user reviews too, so you don’t have to take my word for it that they’re great.

MANDAGON is a relaxing little atmospheric platformer with an interesting Tibetan theme. It’s a lot like Fez in many ways. It takes less than an hour to beat and it’s quite easy. 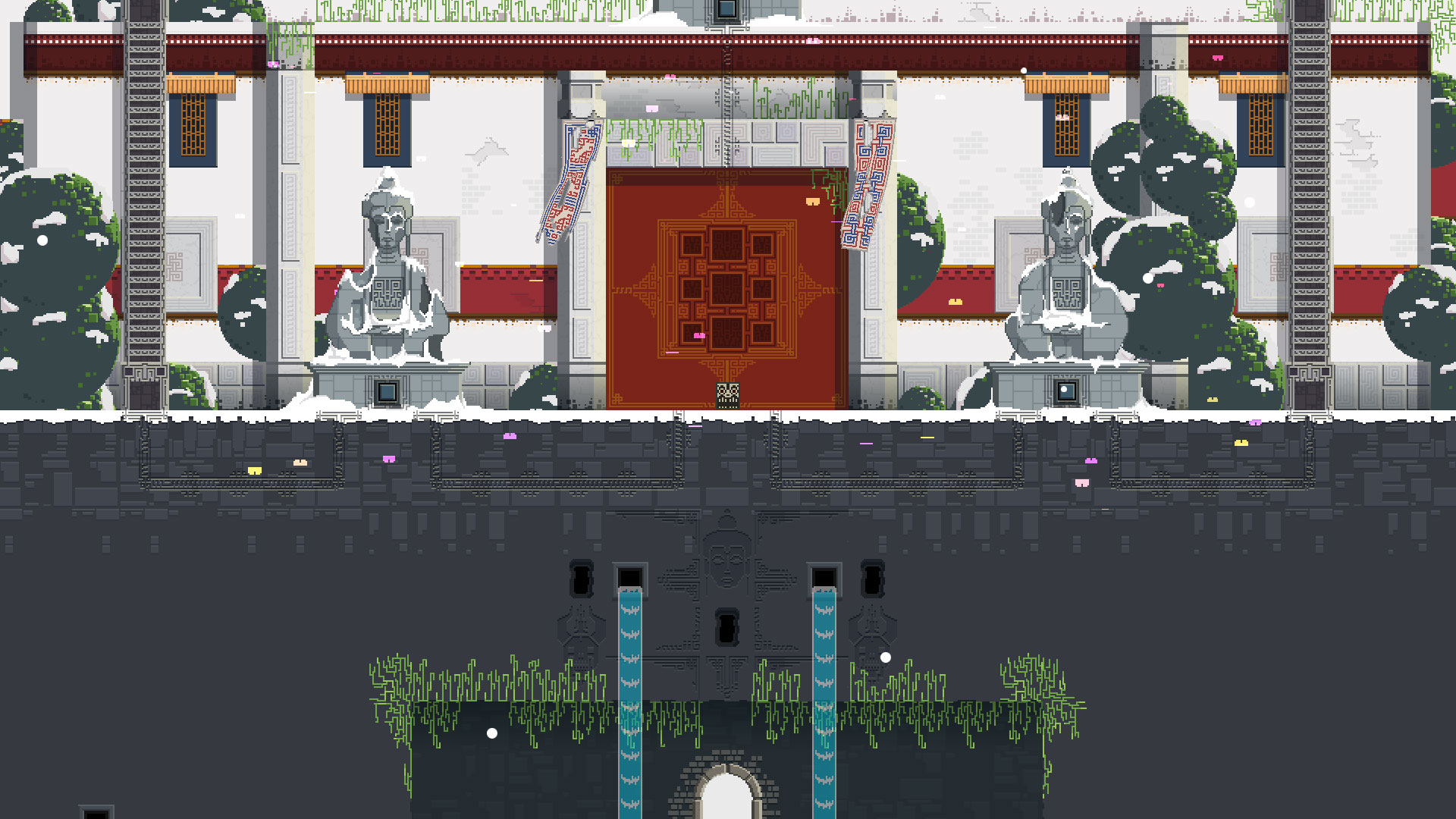 Jigoku Kisetsukan: Sense of the Seasons

Jigoku Kisetsukan is a cute and awesome Touhou-style bullet-hell shoot-em-up with a catchy soundtrack. It’s not a long game but the playable characters have very different play styles and each gets slightly different bosses, so there’s a lot of replay value. I ended up playing for 5 hours.

Even easy mode is quite hard though – so some bullet hell experience is recommended. 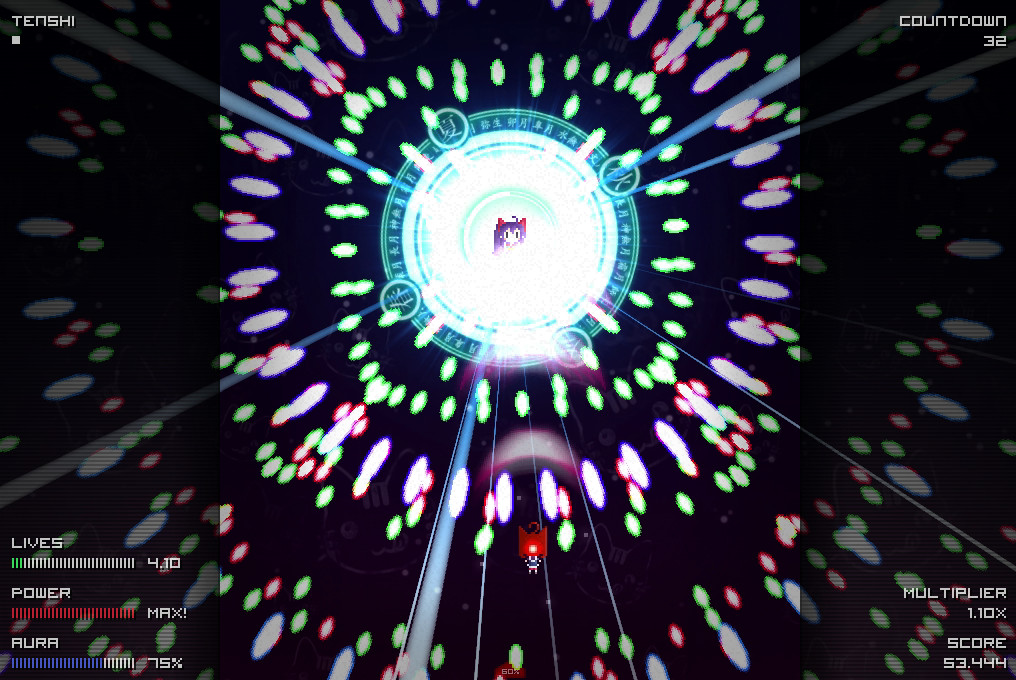 Pink Hour and Pink Heaven are basically intros for the run-and-gun game Kero Blaster. Each can be beaten in less than half an hour. They’re really cute and if you like them you can check out Kero Blaster and Cave Story for bigger experiences by the same developer. I really love his art and music. 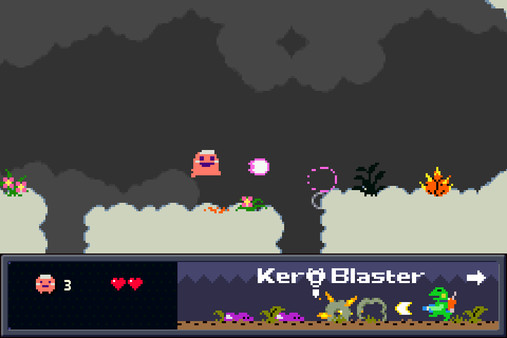 Eternal Senia is a surprisingly addictive action RPG. It’s got very simple and stress-free gameplay with fun character upgrading. You hit stuff, dodge attacks, collect items, upgrade, and repeat. There’s also a cliche anime plot which you may or may not care about. It takes about 4 hours to beat.

It’s cool to see that some interesting games are being made in RPG Maker. 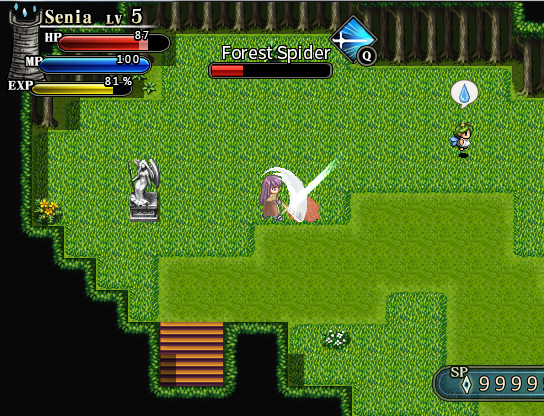 Khimera is basically Shovel Knight with different combat mechanics. The writing and boss characters are great – they’ve all got a lot of personality and memorable designs. I’m glad I played it to the end because the final boss was particularly awesome. Takes around 4 hours to beat. 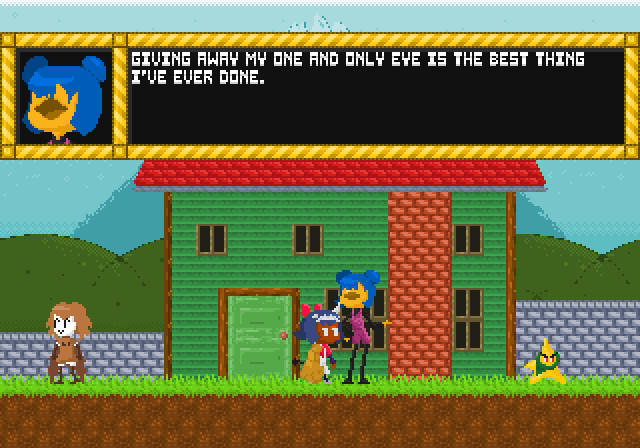 Princess Remedy in a World of Hurt

Princess Remedy is like a traditional old JRPG but with shoot-em-up battles. It’s bursting with personality and has fantastic writing – talking to NPCs is actually fun!

It takes less than an hour to beat and there’s difficulty options to accommodate all skill levels – I recommend starting on a harder difficulty if you want a challenge. 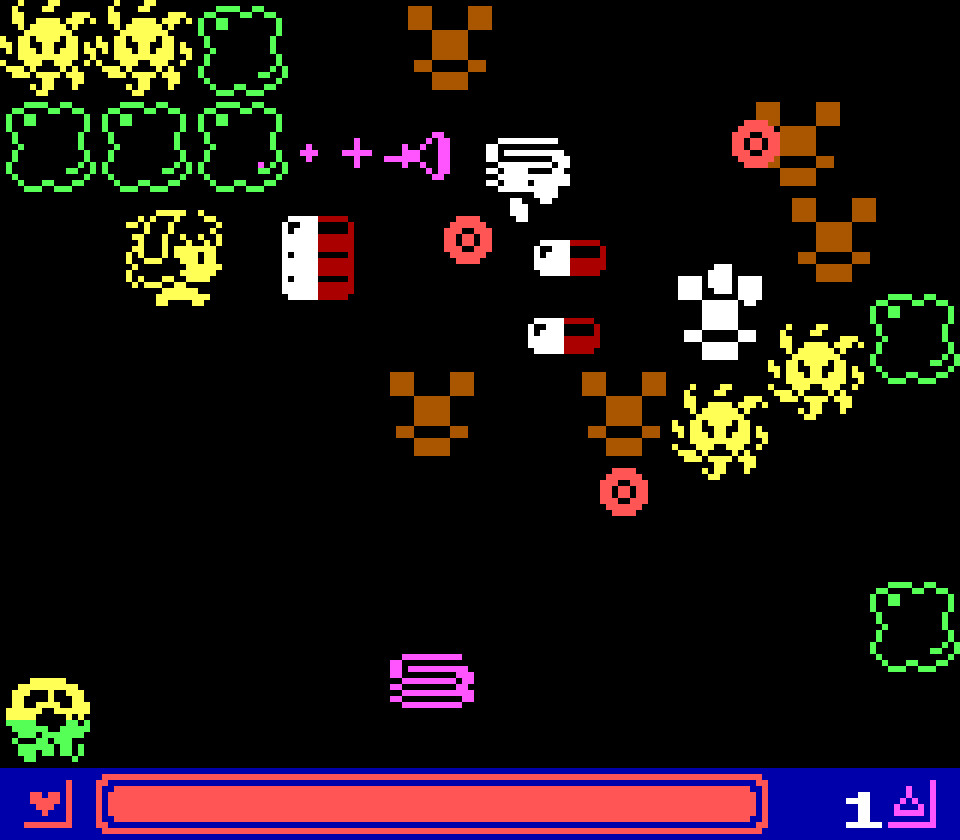 Super Crate Box is a lot of fun if you like replaying the same 3 minutes of twitchy shooting action trying to get a high score. There’s a lot of different guns and a few levels and modes. But it’s a pure skill game and you’ll probably know whether you’ll like it or not in the first 5 minutes of playing. It’s hard. 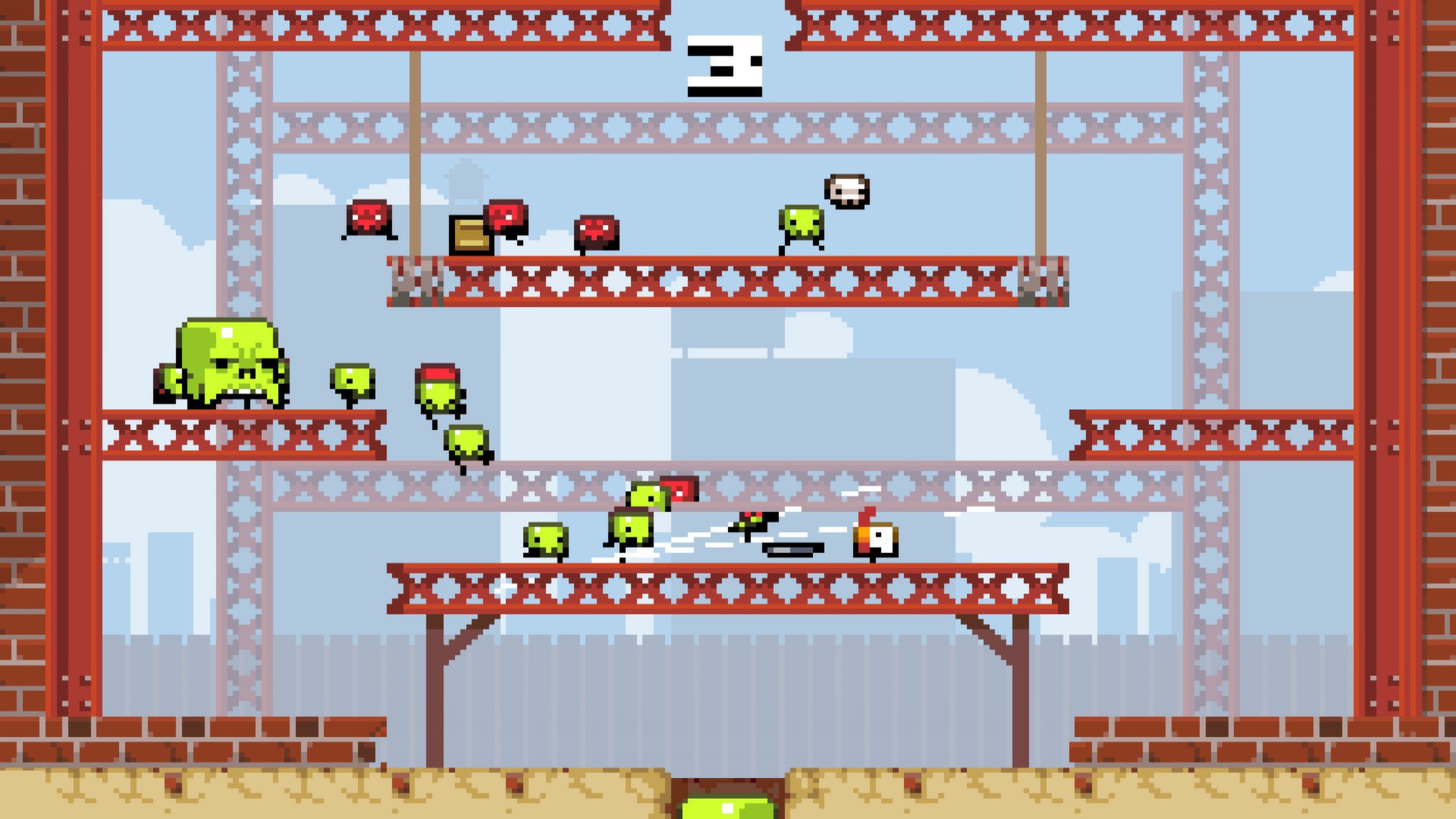 I’m doing a Livestream talk thing with Simon from Berzerk Studio on Twitch, at 3pm EST (in 90 minutes). You can watch us talk about game dev stuff and ask questions in the chat. We will also give away a few Steam keys for my games.

If you miss it, it’s gonna be recorded anyway so you can see it later.

Hey guys, Epic Battle Fantasy 3 has been Greenlit on Steam!
This means I just have to add the Steam achievements, quickly fill in the store page,  test it a little more and it should be good to go.

Thanks for voting and sharing!

I didn’t realize this earlier, but September 1st will be EBF3’s 6th birthday!
So that’s when I’m going to publish the game on Steam – 9 days from now.

Here’s my Greenlight stats for anyone who might be interested. I didn’t do any promotion except for some blog posts on the first day. 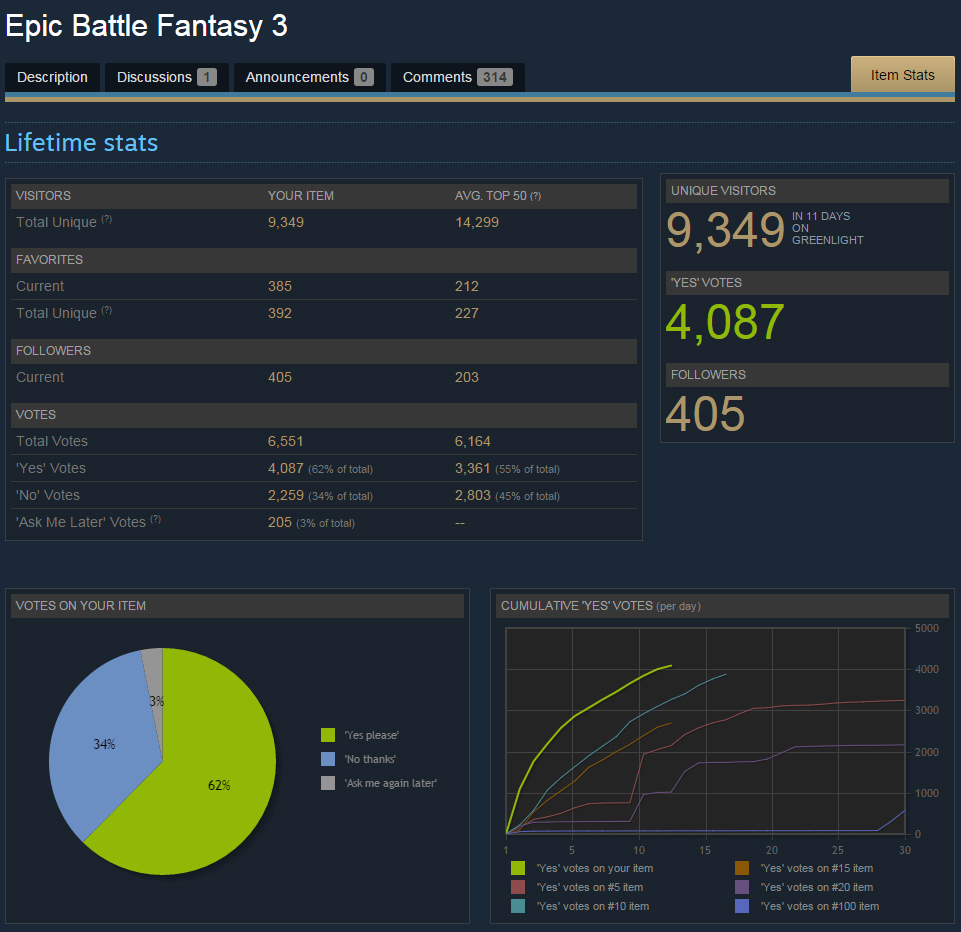 Lost Pyromaniac made some cute fanart of the EBF foes! 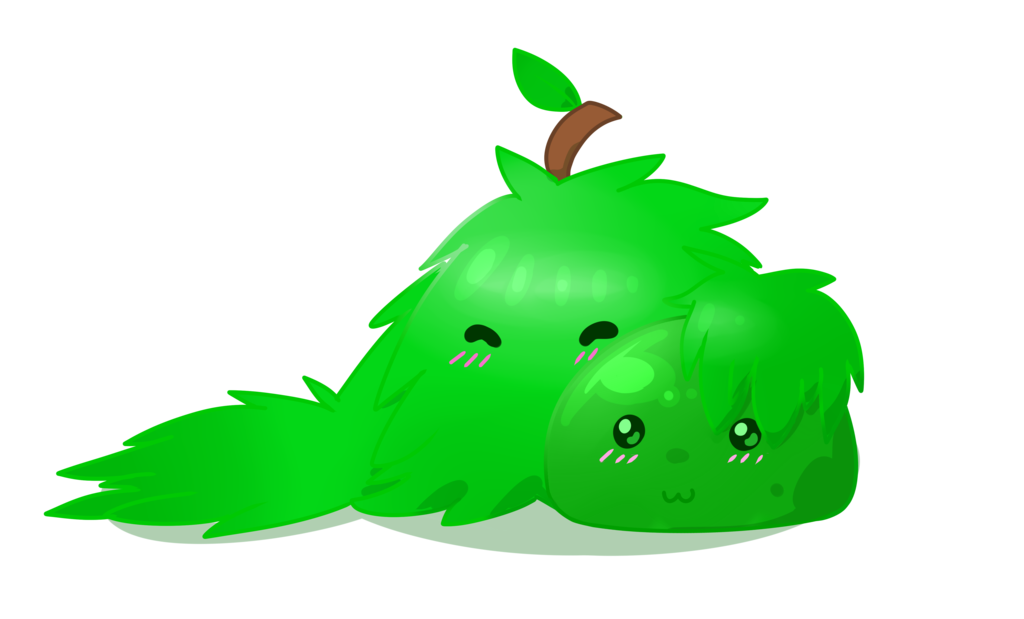 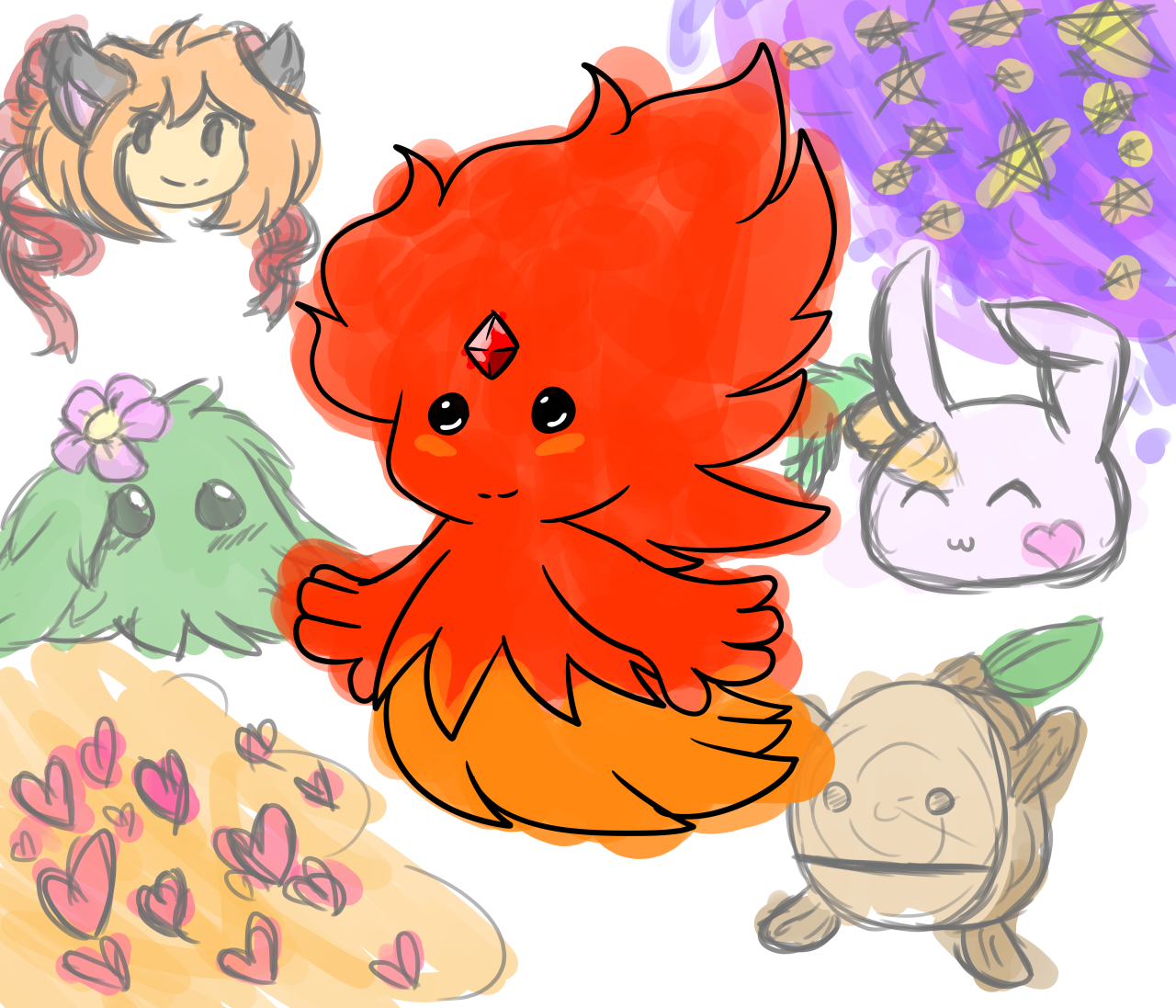 I made this earlier but forgot to post it.
Here’s the updated dogs for EBF5, plus a new one that’s based on my dog Maxi who died recently. She’ll be a summon, not a foe.