THE COMPETITION IS NOW OVER: Results Here

When developing the previous two games, I asked fans to design enemies that they wanted to see in the game, and I’ll be doing the same thing again. Here’s an example of a winner from last time: 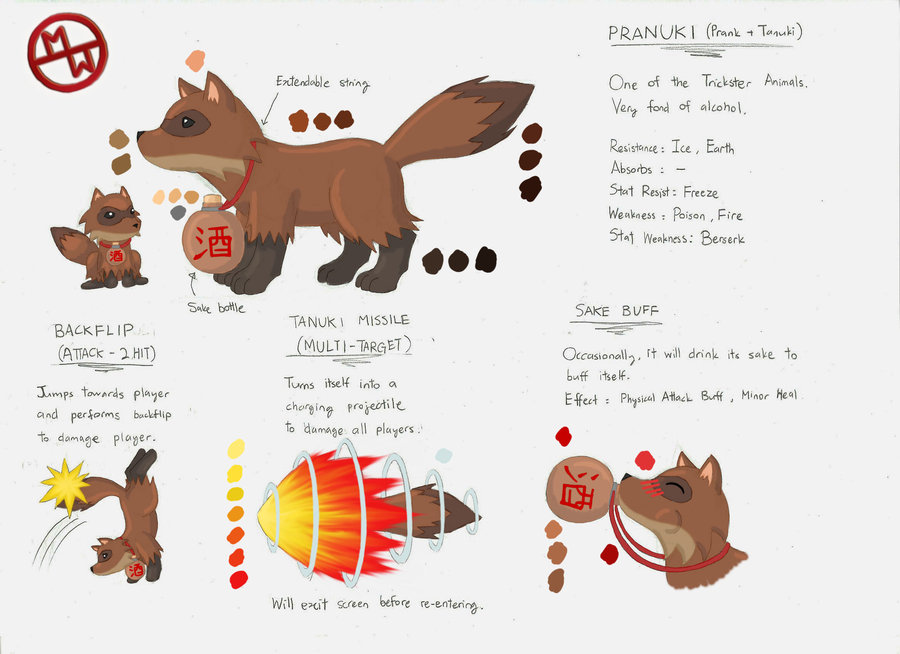 The EBF4 Foe Competition got hundreds of submissions, and I think there was about 8 or so winners in total. They got their foes into the game, and also got their original drawings featured in the game’s gallery section!

• Drawings must be your own work, and original. No recolored Sonics!

• Drawings should be in a similar style to the EBF games’ battle format. The foes should have a similar level of detail and be facing to the side.

• The foes should be reasonably easy to animate by motion tweening, meaning they shouldn’t have too many different movable parts. I think Pokemon designs are a good example of the amount of complexity I’d like.

• I want creatures, not humans. Human-like creatures are okay if they’re not too complicated.

• Extra drawings of the foes’ attacks are not necessary, but can be very helpful. You could also just give some more details in your image description. I already have a lot of breath and claw attacks, so if your foe can do something more interesting that would be great.

• Extra skins/variations of the foes are also appreciated but not necessary. For example, ice and fire varieties.

• They should be different from foes that already exist in EBF. Go for creature types that haven’t showed up in EBF, unless…

• You can also draw new variations of the existing foes. Some foes that I would like to expand are: Idols, Monoliths, Golems, Dogs, Sprites, Wraiths, and Dragons. Older foes from EBF3 are more likely not to be reused, like Turtles, Crabs, Wasps and Clays.

• Image dimensions should be high enough so that it can fill a reasonable portion of a 1080p screen. This totally depends on how much stuff you’ve got in the image, but it’s best to keep a high res backup in case I need it.

• Drawings don’t have to be specifically be for this competition. You can submit something you drew a long time ago if it works.

• Foes that win will be the ones that I find most convenient to include in the game. They won’t necessarily be the best designs or most amazingly drawn ones. For example: if I need more fire foes, I’ll pick one of those.

The EBF wiki is a good source of screenshots and information of just about everything in the series, so you can find some good references there.

Foes should fit well into the EBF battle mechanics, so you should consider what elements they might use or be weak against. The EBF elements are: Fire, Ice, Thunder, Earth, Wind, Water, Poison, Bomb, Holy, and Dark.

I’m not sure what sort of environments EBF5 will have yet, but they will be inspired by the elements listed above, and will be a mix of some common tropes, like:  sandy desert/beach, forests in different seasons, jungles, small islands, dark mushroom/crystal caves, factory/fortress, snow/ice, old castle, holy temple, high mountains in the clouds, volcano, and space/void. So you should imagine your foes living in some of those environments.

You can browse all of the submissions for the EBF4 for competition here.

Please post your drawing on either:
• Your DeviantArt (I’ll add it to my collections)
• The Newgrounds Art Portal (use the ebf tag)
• The EBF Facebook page (visitor posts – not ideal but it’ll do)

Make sure it’s public and send me a link. If you post it anywhere else there’s a risk it will get lost. 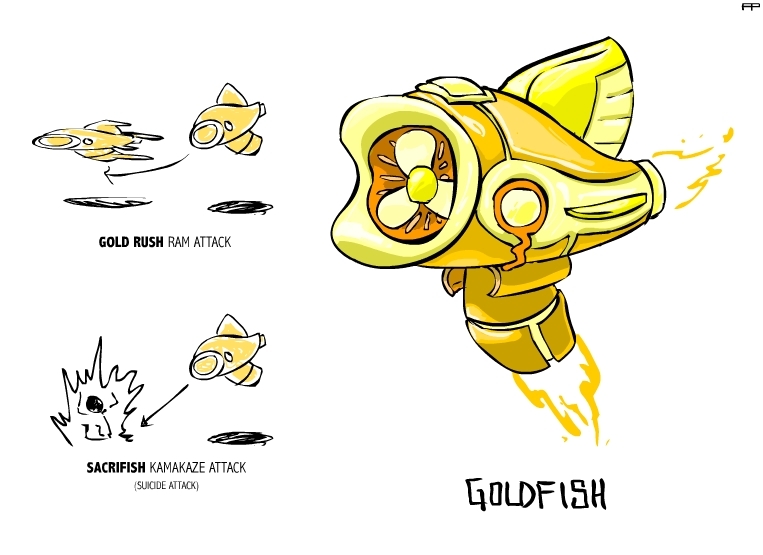 You’ll get to see your foe come to life in a popular game series!
Your original drawing will be featured in the game’s art gallery, and you’ll have your name in the credits!
You’ll get a free copy of EBF5 and EBF4 on Steam! (Or on Kongregate, if you prefer)

By submitting your drawings you agree that I can use the designs in Epic Battle Fantasy 5 and any possible future games, on all platforms, forever. I will not own them and you can still use them in whatever way you like. You will not own any part of the EBF games and will not receive any compensation except for the prizes listed above.

The Foe Competition will run until I have designed and animated all of the foes for Epic Battle Fantasy 5. So that gives you a few months from now at least. Winners will be announced on my blogs as I make each foe.

Good luck and let me know if you have any questions! 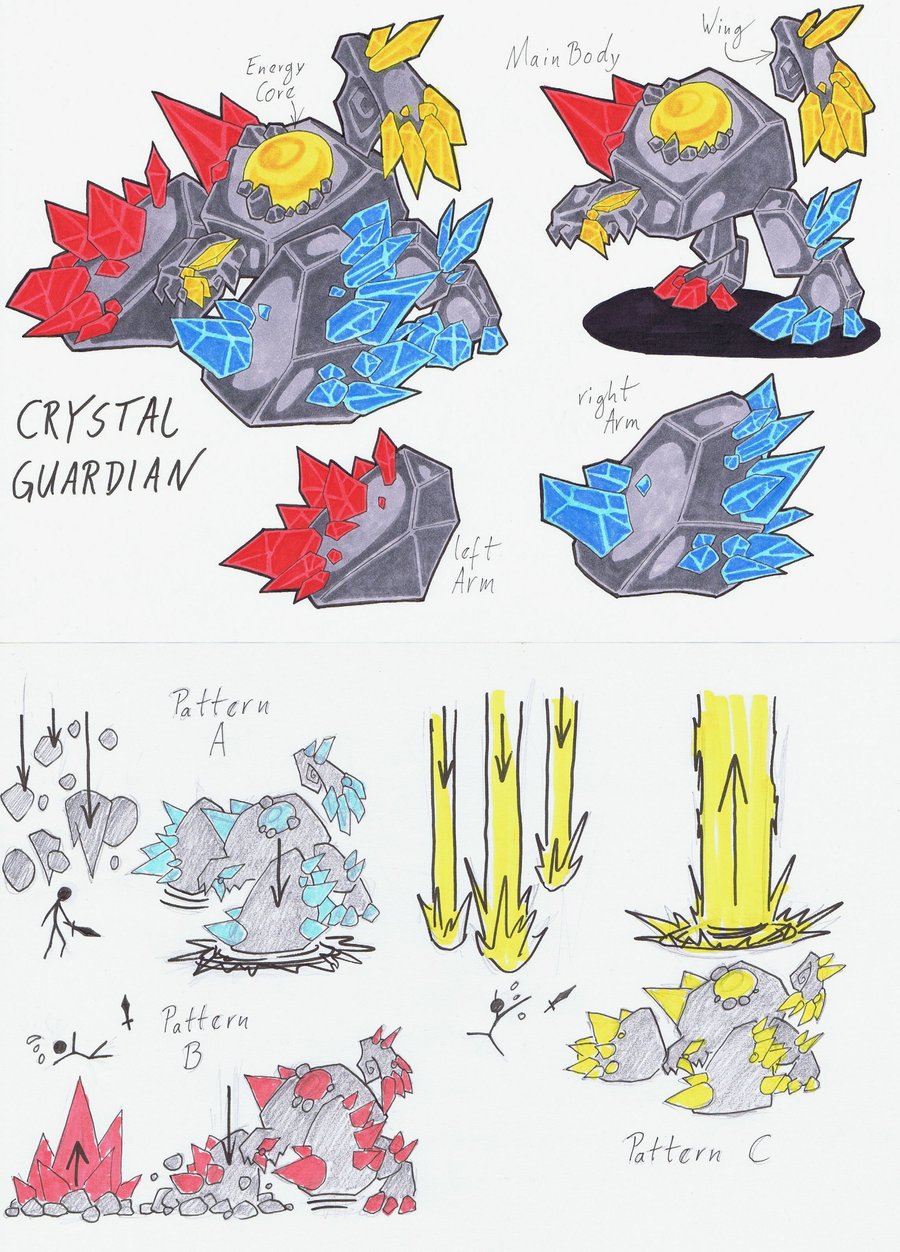