I might have to make a seperate player select screen for a single player though, because I think most people will never play with friends, especially on the web version. Oh well. At least I suspect that more Steam users will be into multiplayer.

Anyway, here’s how multiplayer works:
Everyone’s attack power is lowered, but the total is still higher than on single player. Everyone has one life, but they respawn after a few seconds as long as someone is still alive. Bombs are shared. Enemies will always target the nearest player to them, making cooperation vital if you don’t want bullets scattered in the wrong places.

Overall the game should be a little bit easier with more players, and will play quite differently. 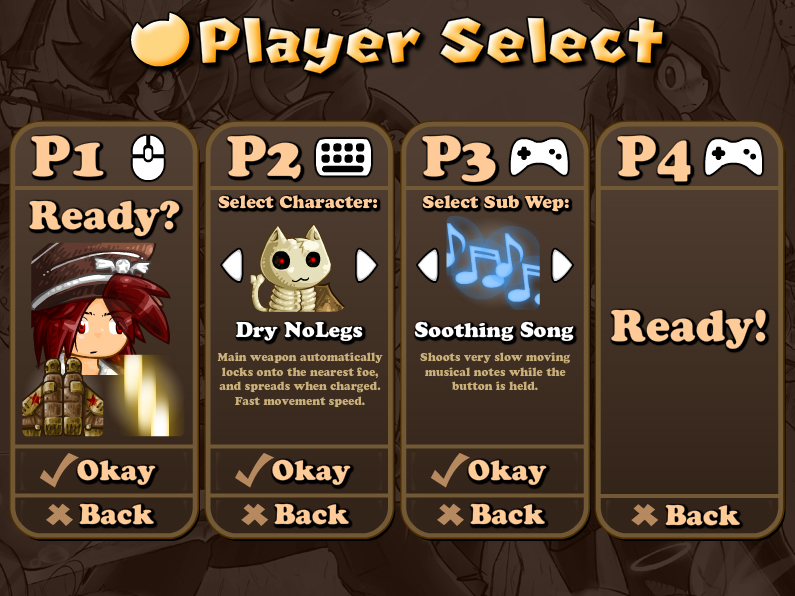