You guys outside of the UK might not know or care, but Scotland could be a real country soon!
Everyone’s getting really passionate about it and the vote is looking to be very close at the moment.

Most of my highschool and uni friends are in favor of independence, because they think the Scottish government will make better decisions for Scotland than the British government has done so far, and I mostly agree. Scotland currently controls education and healthcare, and well, those things are arguably handled much better than they are in England. (Education is still free in Scotland, while prices are going up in England). Meanwhile, England is making some very unpopular decisions in regards to immigration policies, European Union membership, and military spending, which most Scots disagree with.

On the other hand, voters against independence are generally people who are satisfied with what they’ve got, and don’t want to take any risks. Which is understandable, I suppose. The UK government is obviously trying very hard to convince Scotland to stay, with some rather patronizing and fear-mongering ads.

Anyway, no matter how things go, one side is going to be very pissed off at the other side.
Personally, it probably won’t make a huge difference to me, since I get paid by US companies, so my job or currency isn’t threatened at all.

I’m both nervous and excited about Microsoft buying Minecraft/Mojang.
For $2.5 billion, they’ve gotta have some serious plans for it (a sequel?), but at the same time, MS could totally mess this up, as they’ve done with Rare in the past. At the very least, development on Minecraft should speed up with a bigger team behind it, and I think that should be quite interesting.

Also, I think this makes Notch the first indie game developer to become a billionaire…. impressive.

Somewhat related, I’ve been talking to a local community centre about starting some sort of Minecraft club for kids! That could be an interesting experience if it goes ahead.

Now that my brother’s moved out, I’ve got a spare room! I’m thinking of building a gym in there, because there’s not much use for it otherwise.

I recently inherited a bench and some weights, so I’ve started doing a bit of lifting, and it’s pretty addictive! Plus it’s something I can do even when the weather’s crap, unlike running and cycling.

Recently my Scorpion chili plant produced a single fruit! I’m not stupid enough to eat the whole thing, but I’ll try a bit at some point. Unfortunately it’s not the record holder anymore; new varieties are developed too quickly!

Not sure if I mentioned it earlier, but my Ghost plant produced like 5 peppers, and I ate half of one! It was definitely worse than anything I had ate before.

Anyway, that’s me crossed growing chili peppers off my achievements list.
I’ve grown 12 types of peppers in total, and have had enough of them.

Time to find a new hobby! 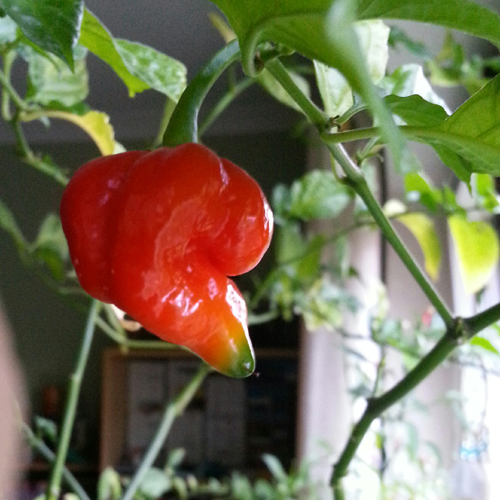 This thing will melt your face off.

The hovertank’s theme is “following you around and trying to hit you with it’s massive canon”.
I didn’t have to think very hard to come up with that one.

Anyway, a lot of the patterns’ difficulty depends on how well you manipulate the tank’s position. 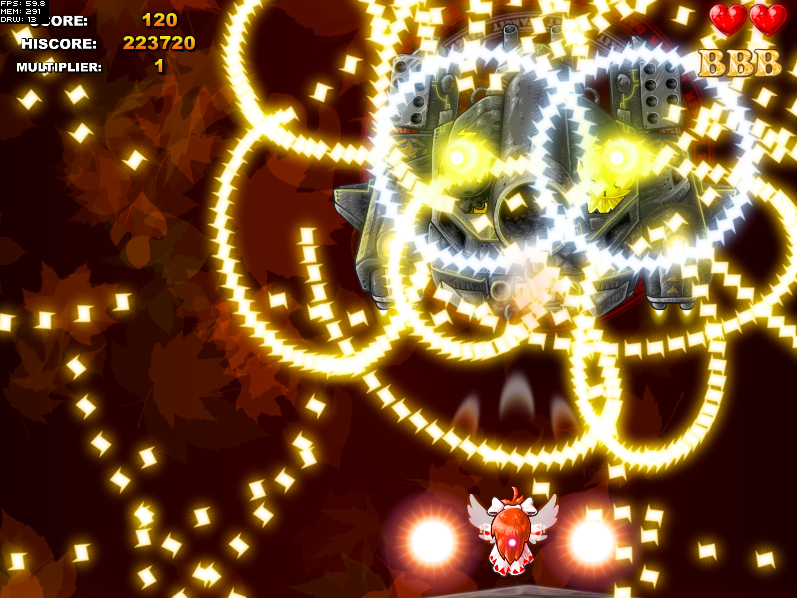 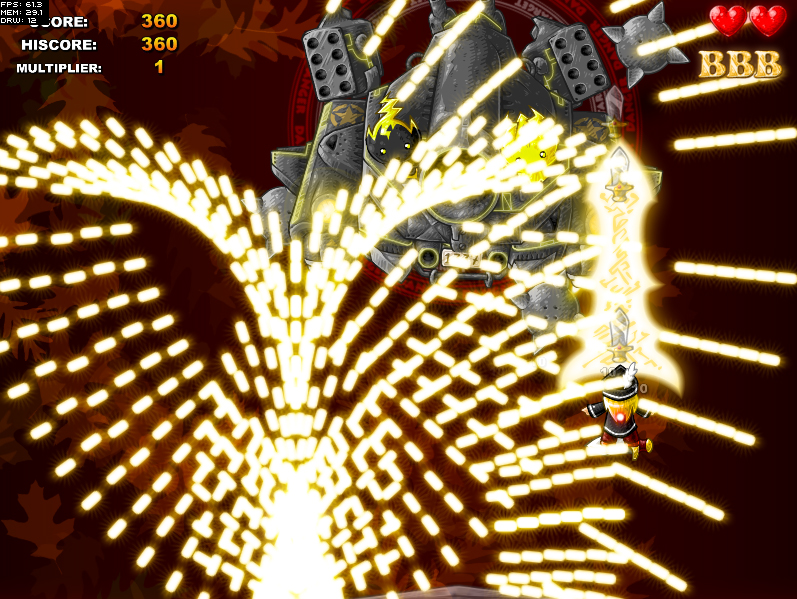 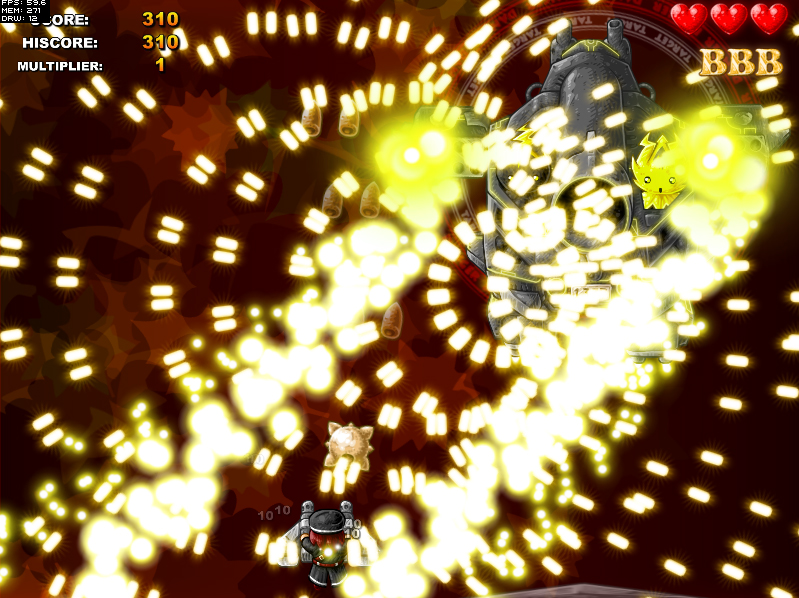 I updated the design for the hovertank boss because I wasn’t satisfied with the original one. Plus I think this one will suit the factory levels better, since they’re gonna be quite gray. It looks pretty damn cool in motion! 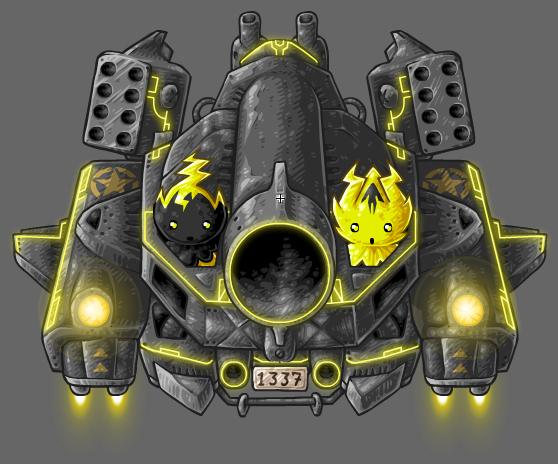 I also started playing around with filters in Starling. A 16-bit mode is something I’ve always wanted to add to my games, and it turns out I can do it with just one line of code. Hurray!

Here’s the source for the filter, btw.

In motion you can tell it’s a filter, but it still looks pretty good. In screenshots it looks almost legit. It doesn’t seem to have a huge effect on performance (or at least not on my computer), so I’ll leave it in as a bonus feature. 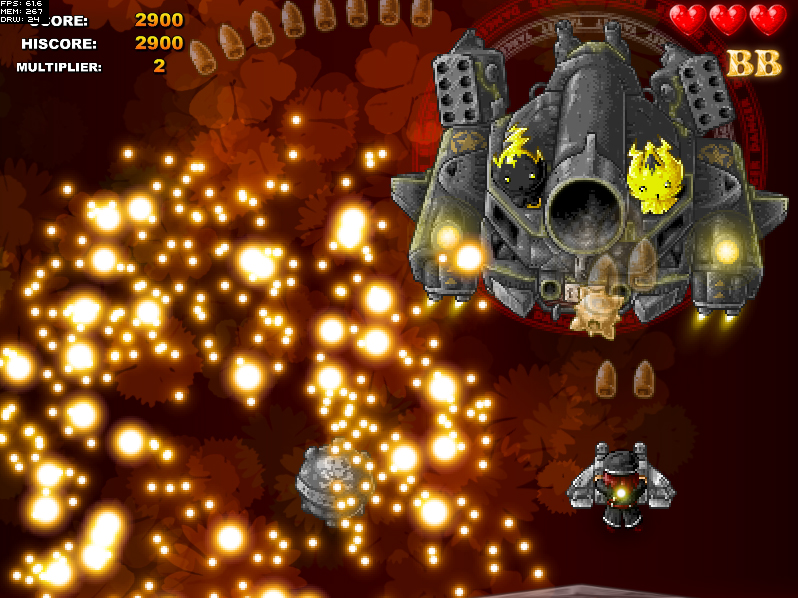 Well, Krinkles and The Swain are working on a new Madness game, and it looks like a huge step up from their previous one. Check out the trailer:

I usually don’t like promoting Kickstarters, but I make exceptions for developers who have helped me out, and the Madness Combat series has been a huge inspiration when I started animating. If you guys remember, my earlier games and animations were pretty violent, and some of my very early animations copied the whole floating-arms style. So now you know why. Back when I started, Madness was the coolest thing on Newgrounds.

Anyway, if you were ever a fan of the series, or just want a good game to play, you should chuck some coins their way on Kickstarter. They’ve got 2 weeks left and still need a little push. $15 will get you a copy of the game.

Project Nexus 2 has already been Greenlit on Steam, and the guys behind the series have a long history of successful projects, so I’m sure this will turn out awesome too. Either way, I think they deserve something for all of the free content they’ve created over the years, and I’d like to see where they can go with this.

I think this is my favorite boss so far. The way she(?) moves around ended up looking pretty cool. Her theme is fast movement and honeycomb shields!

Adding in the honeycombs makes me see how much better the game will look once I draw proper backgrounds. Oh, and the honeycombs are there to punish you for spraying bullets, and they change up the gameplay quite a bit. I might actually go back and add some bubbles to the turtle boss. 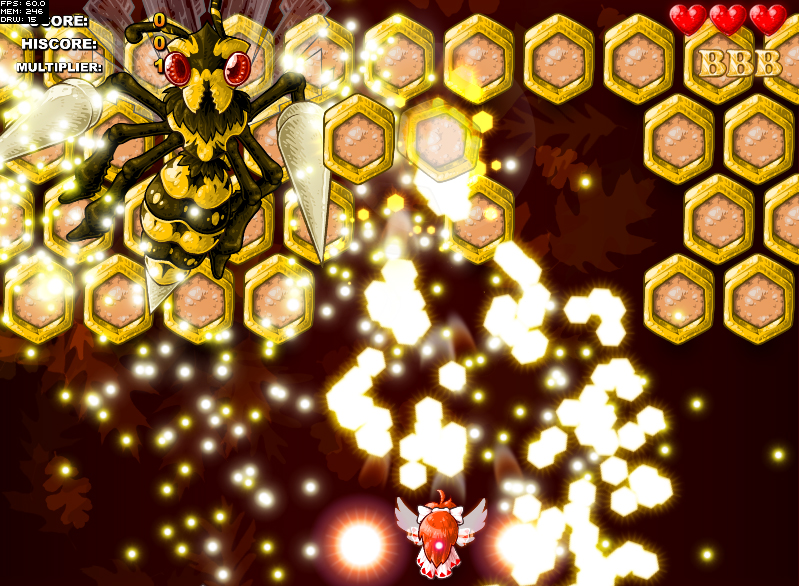 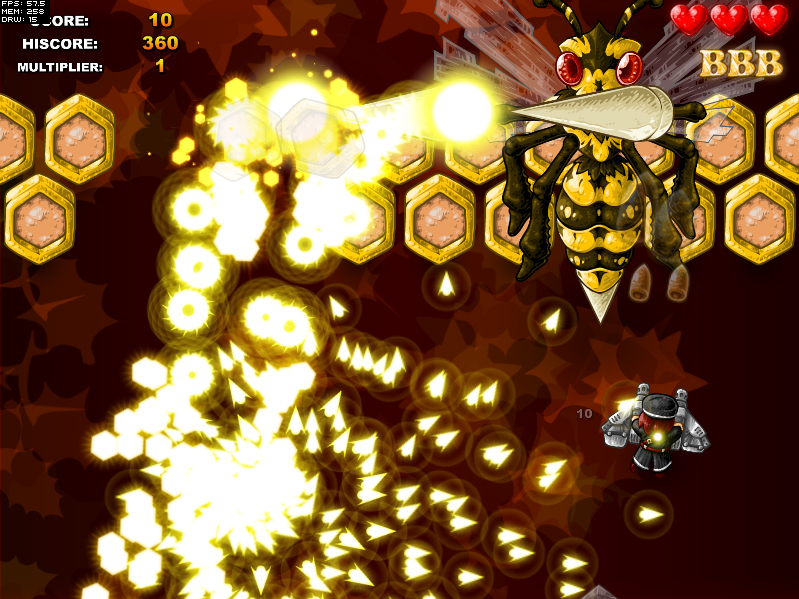 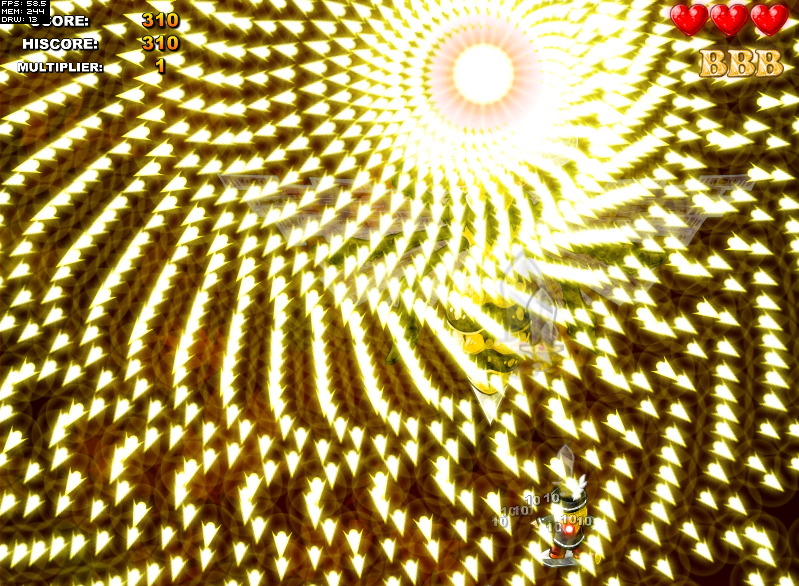