Hey guys, for those of you who use Steam, you’ll have noticed that they rolled out a lot of updates recently, and some of them are pretty cool!

The new music player let’s you listen to game soundtracks for whichever games include those. EBF4 includes the soundtrack, for anyone who hasn’t noticed yet. 😛 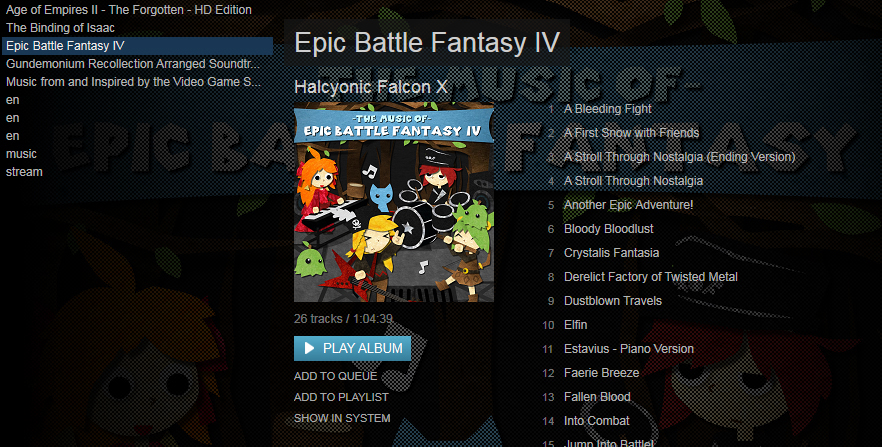 The Steam store has also been changed a lot, and uses different methods for showcasing games now. User review scores are now featured more, which is great for me, because EBF4’s reviews are 98% positive! (almost 99% actually, but they’re rounded down. 😛 )

Developers have new stats pages, so we can track where store-page traffic is coming from. Pretty cool, and Valve even say that they’re okay with sharing these stats publicly. Here’s my stats for the first 3 days after the update, for any developers who may be interested in comparing: 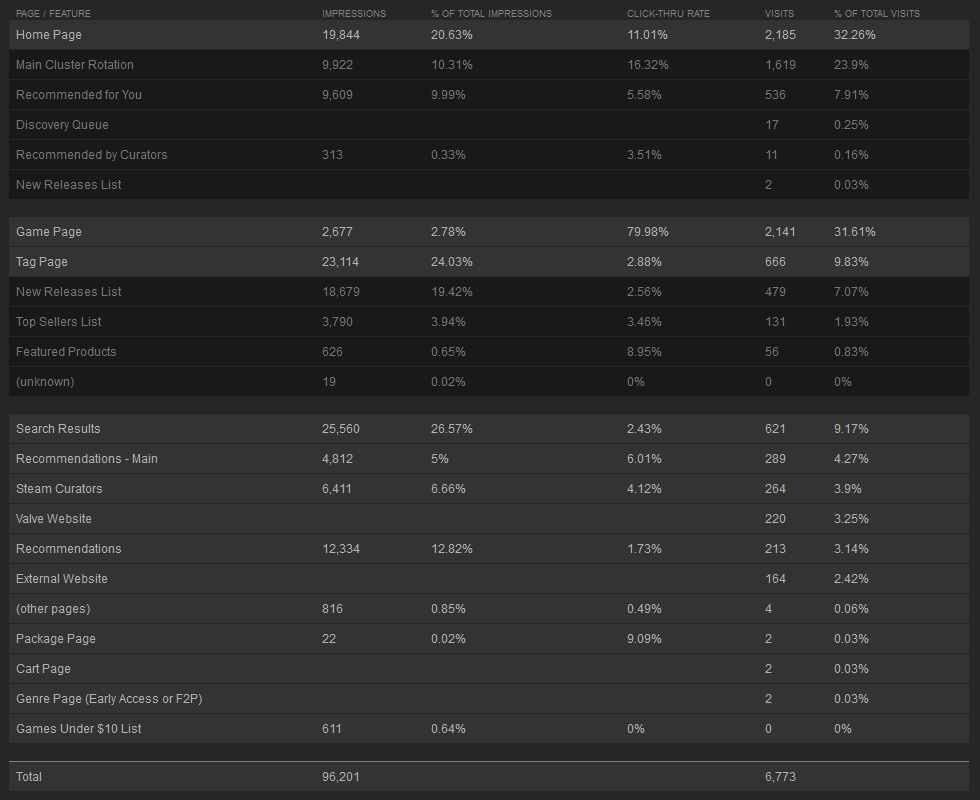 The update’s resulted in a little boost in sales so far, so hopefully that keeps up.

Oh yeah, one more thing. A lot of people still have EBF4 on their wishlists, and I’d like to do a discount soon-ish. What sort of discount are you guys waiting for?