Epic Battle Fantasy 4 is out on Steam!

For everyone who hasn’t been following my updates, here’s why you should buy the Steam version: 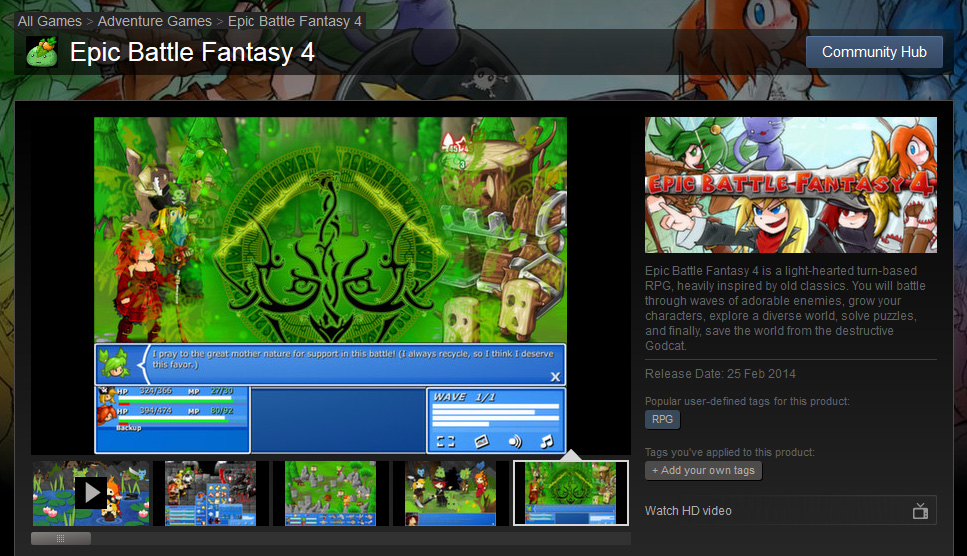