Got some fanart from sevenfivefive!

It’s a reference to this, by the way. So I’ve decided to write this lengthy blog about how much went wrong with Epic Battle Fantasy 4.
I’ll also be doing a talk on the topic at Mochi London in September.

Before I start, I’ll quickly go over what went right:

• The game was very well received by players. After 3 months it’s still the top rated game on Kongregate and Newgrounds, and has a pretty high rating on Armor Games too. It didn’t have a lot of bugs on release, it improves on the previous games, there’s plenty of content in it… it’s just a good game overall, and players like it.

• Premium content sales on Kongregate went quite well, and I suppose that shouldn’t be too surprising since the series is very popular there. I think it’s worth noting that the premium pack doesn’t really add very much content: just a few new skills and equips, and a Newgame+ feature. EBF4 is already a complete experience without it. Many fans just bought it to support the series, which was nice of them.

That’s everything good out of the way, now I’ll go over all the bad stuff…

I went with a performance-based sponsorship deal for EBF4, the same as I’ve done for my previous games with Kongregate. This means that Kongregate pay me for the traffic that I send to their site through links in the game. Since the games are part of a series, a lot of users visit Kongregate to play the previous games.
This has always worked quite well for me, especially with Adventure Story.

This sort of deal means a game has to get a lot of distribution across the web: a lot of sites have to host it, and a lot of users have to play it on those sites.
EBF4 didn’t distribute very well at all. This may be due to some of the following:

• EBF4 is a big game. It’s not something that you can play for 15 minutes, like is expected from most web games. At 33MB, a lot of users probably won’t even be able to load it in 15 minutes. This probably hurt distribution quite a lot.

• A lot less people are playing games in their browsers, and are playing on their phones instead. This means that many Flash game sites will have reduced traffic.

• Having premium content in the game probably hurt distribution a lot too. A lot of sites probably didn’t want to host the game if it looked like an incomplete version. Telling users on other sites that they can visit Kongregate to buy the premium content will have boosted sales a bit though, so it may not have been a terrible decision overall.

• When I first published the game, I targeted the newest version of Flashplayer, and a few users quickly told me that they couldn’t run the game. I also used the new LZMA compression method for the swf file, which some sites (such as DeviantArt!) apparently don’t support. I reverted to older settings as soon as I realized these were a problem, but they might have also hurt distribution a bit.

Luckily, Kongregate was kind enough to give me a reasonably generous advance payment on the sponsorship deal. I didn’t feel I needed it at the time, but it turned out that EBF4 didn’t even bring in enough traffic to earn that amount. So it turned out being pretty nice.

Armor Games offered me a very good fixed sponsorship deal, but I turned it down. There’s a bunch of different factors to consider, but it might have turned out better for me overall. Oh well, I’ll never know for sure.

As I mentioned earlier, EBF4 is almost too big to be a browser game. A lot of players would prefer to play it offline, without the various limitations and annoyances that come with browser games. So I felt that trying to get the game up on Steam would be a great plan, especially since it wouldn’t require much work to port it, as Steam supports Flash games.

A Steam release probably was a good idea (I think EBF4 is of high enough quality), but I think I went about it the wrong way, for a few reasons:

• I felt that promoting the game’s Greenlight page during development would put off sponsors of the web version, so I only started after the web version was published. It turns out Kongregate wasn’t bothered by the game being released on Steam, and they wouldn’t have minded if I started the Greenlight campaign much earlier. Oops.

• I also didn’t realize that Greenlight is very accepting of unfinished games. I should have definitively put EBF4 up on Greenlight months earlier.

• I felt that having a free web version of EBF4 would generate interest in the game, which would later translate into Greenlight votes. Well, EBF4 didn’t distribute very well, so that was unhelpful. But more importantly, it turns out that it’s hard to get hyped over an upcoming Steam game that’s already available (mostly) for free. Maybe I should have done what Binding of Isaac and VVVVVV did, which was releasing only a demo of the game online. I didn’t really want to risk that though, since the web version was still pretty profitable, and there was no guarantee that the game would get on Steam anyway.

Currently, EBF4 is collecting votes very slowly. If it does ever get through Greenlight, it’s going to take over a year. I wouldn’t get my hopes up.
I am still considering implementing the extra content that I planned for the Steam version, and instead selling the game on some other service, or selling it myself. We’ll see.

A massive problem that EBF4 still faces is that saved games are being deleted, either by browsers, computer cleaning tools, or occasionally site updates.
I already knew this could be an issue, but it’s getting worse over the years as browsers are becoming more ready to delete your cookies. And it’s particularly devastating in EBF4, as the game can take as long as 20 hours to finish.

I thought Kongregate’s API would have a cloud saving feature, but it turns out they don’t. I was really planning on them having it. Armor Games’ API has one though, so there’s another reason I could have went with them for sponsorship.

I’m actually surprised that EBF4 manages to hold the spot of highest rated game on Kongregate despite this massive problem.

So collecting data from everyone who plays your games is pretty cool. I like to track data to find out what sites users are playing my games on, what settings they use, where they die, what items they use, what their highscores are, what languages they speak, and so on. It’s great for balancing game difficulty, or learning who your users are so you can market stuff better.

It turns out that finding a reliable data tracking service is rather difficult though. I used Mochi Analytics for collecting data for Adventure Story, and was quite satisfied with them until their service went down for a few months. I eventually got all the missing data back, so that was awesome. But they no longer do custom data tracking, because developers over-used it and it wasn’t profitable. That should have taught me not to rely too heavily on similar services, but I didn’t take the warning.

For EBF4, I decided to use Playtomic to track data. It all worked well, and their graphs and heatmaps and all that were awesome. But then their service went down without warning or explanation, and I just assumed it would be back up soon. But nope, they went out of business just as EBF4 was being published. I got a bit of data during beta testing, but after that, I’ve got no data on EBF4.

That was a total disaster, and it could have easily been avoided if I used more than one data tracking service. I am mega disappointed.

I spent around a month organizing a team of fans and refactoring code to translate EBF4 into Spanish, Portuguese, German and French.
It was an educational experience, but whether or not it was worth doing otherwise is unclear. It was quite time consuming because the game wasn’t originally programmed to support multiple languages.

Since I don’t have any data from Playtomic, I have no way of knowing how many people actually played the game in other languages, and therefor I don’t know if it’s something I should try doing again in the future or not. So that really sucks.

Anyway, EBF4 still earned me around $60K (so far), so I shouldn’t complain too much. That’s not too bad for 1 year’s work, but it’s not terribly good either.
It’s definitely not enough for me to continue with a series that I’m getting bored of.

I’m taking a break from Flash games now. I don’t know whether I should try to sell an expanded version of EBF4, if sequels to Bullet Heaven and Adventure Story are worth making or not, or if I should finally move on to mobile games and ditch Flash entirely. I’ll worry about that once I get my social life sorted out. 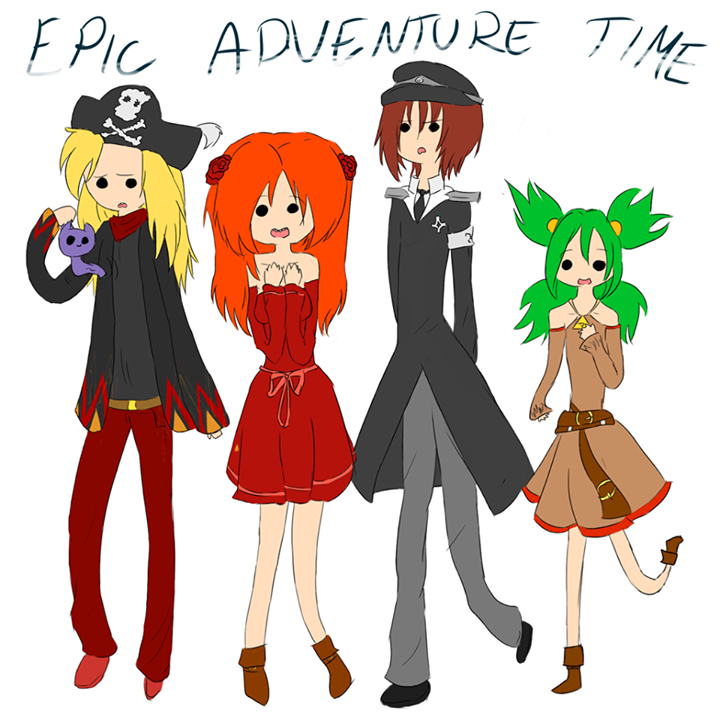 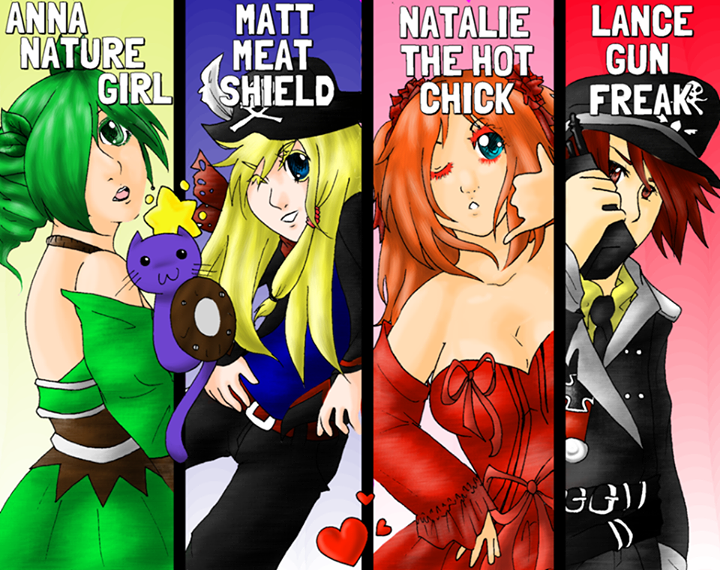 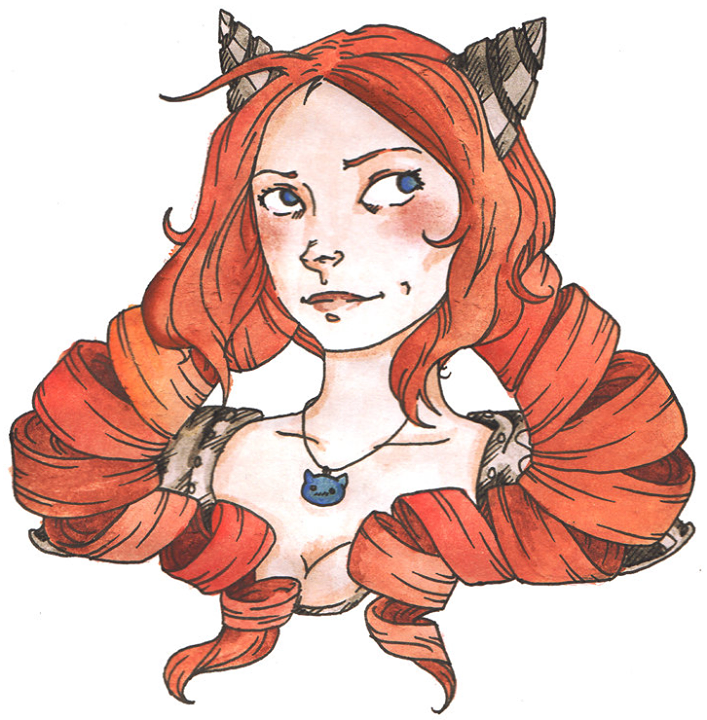